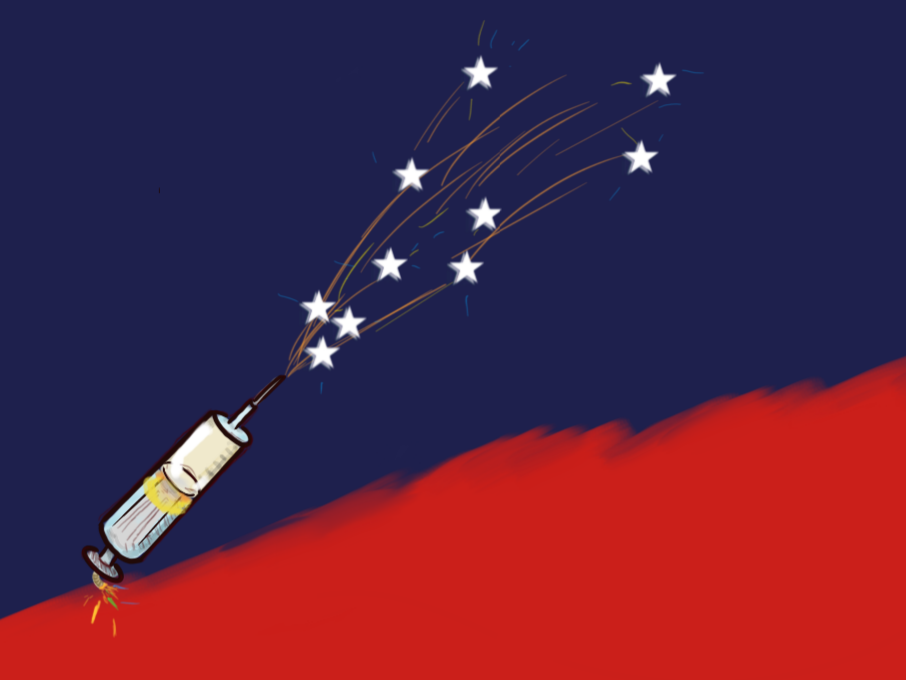 A different 4th of July emerges, with President Biden presenting the U.S. and his leadership as winners, moving forward unmasked and with confidence. The current President’s goal has been to get approximately 2/3 of the American population vaccinated by this time. The initial ambition was that of achieving ‘independence’ from the virus when the calendar will mark July 4, 2021. More or less, finally, Independence Day is a step closer to ‘normal’ celebrations, considering last year’s irrefutable barriers. Once again, freedom is praised and opportunity is seized, as both younger and older Leviathans, having persevered, celebrate their country’s spirit of individualism and purposefulness.

One nation, under God

This year’s Fourth falls on a Sunday Service, it seems. Even though the casual, friendly barbecue does paint a good picture, in this post, I won’t be issuing the practical, cultural aspect of the festivities involved. Instead, I’m interested in what it stands for across time. Fundamentally, it’s a national holiday whose essence relies on the psyche of the national, given the diverse background of Americans and the different experiences of every household.

Recalling diversity is necessary, since immigration and the Fourth have been closely connected. Yet, an awkward situation ensues: some immigrants’ home countries were still fighting for independence, one way or another. Here’s the plot twist; honoring your roots is part of being a better citizen in the United States. A love for one’s home country is actually consistent with American Patriotism.1 A concept that describes well – if not best – the bond that ties together all Americans is ‘Americanism’. This word supports perfectly the commonality of values Americans share.2 The soul is thus rendered more common than the soil.

Days of our Future Past

Life, Liberty and the Pursuit of Happiness are fundamental keywords in the Declaration of Independence, inspiration for which was actually drawn from Locke, Montesquieu, the Scottish Enlightenment, etc.3 These words are given meaning by those who abide by the Declaration. Apart from that, the profound novelty of the new American nation disowning the British model shall be noted, introducing the world later on to an appointed, certain, and with limitations, written Constitution, which does not alter but only evolves with additions of law, the amendments. The United States pioneered as the first federal presidential democratic model with a complete separation of power, becoming the federal constitutional democratic republic that we know today.

Now, on to 2021 and beyond: what kind of renewal could this 4th of July introduce? In a broad sense, the goal is that of strengthening the country, especially by raising awareness on racial injustice.4 Let us not forget the domestic landscape a year ago.5 Even though the coronavirus race seems to be coming to an end, issues on race are still minimally (or hardly) dealt with. Besides the pandemic, the American people deem strengthening the economy as a priority. Improving the political system is also rendered a top goal of nonpartisan character.6 The need for a renewal of all sorts is self-evident.

Amidst an ongoing competition against China, and with other challenges coming up either domestically or across the globe, Independence Day operates as a reminder to the U.S. itself and the world of America’s capabilities, of the American dream, the innovation, ingenuity and individualism of Americans, as well as the sense of community that is exponentially needed. For each American, this national holiday holds a personal value and serves as a good opportunity for self-reflection. For the rest of the world, the Fourth instinctively propels the question: what would the world look like without the United States?

[1] JSTOR Daily, Celebrating Immigration on the Fourth of July, 2018: https://daily.jstor.org/celebrating-immigration-on-the-fourth-of-july/

[2] “Throughout the 19th and 20th centuries, Americanism and the American dream were familiar terms not only in Fourth of July speeches but also in everyday discourse. For many years, the House of Representatives had a committee called the House Un-American Activities Committee. There is hardly any example to be found abroad of such a way of thinking: There is no “Britishism” or “Frenchism”…” (Wilson, J., Dilulio, J. Jr., Bose, M. The Essentials of American Government: Institutions and Policies, Twelfth Edition, p. 80)

[3] A snippet of history: Frederick Douglass, a leader of the abolitionist movement, would emphasize on the irony of America’s democratic morals whilst enslaving people. With his oration called “What to the Slave Is the Fourth of July?”, that was actually delivered originally as an Independence Day address, he showcased precisely this ironic situation but also called for the extension of the values and principles of the Declaration of Independence (liberty, equality, natural rights) to everyone. (Watson, H. Building the American Republic, Volume 1., p. 346)

[6] JSTOR Daily, Who Wrote the Declaration of Independence? (2016). https://daily.jstor.org/who-wrote-the-declaration-independence/