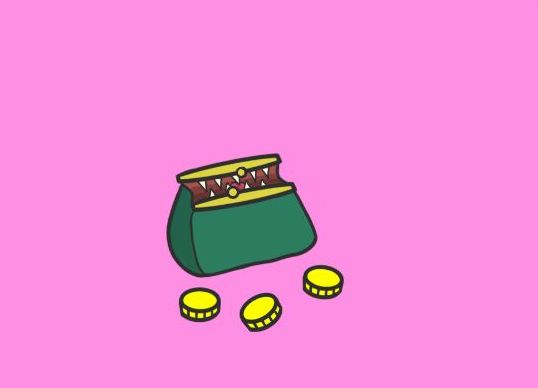 A substantial number of students choose an International Relations, Law, Sociology, History or PoliSci Bachelor’s Degree for a silly reason: they cannot stand math; and neither can they understand math. Imagine you are a high school student, passing the national exams, avoiding math altogether and achieving the goal of becoming an IR student (Congratulations, you hustler). You are now a freshman student and your first contact with economics begins with a microeconomics course. Tough luck – it contains formulas and very basic mathematics. The reason why you find mathematics in economics is not its interdisciplinary nature. Math is more of a language and less of a science. Hence, it is natural that an economics aversion starts developing at a very early stage. A common coping mechanism is downplaying the importance of having a strong economic background in International Relations. Rather than improving in the area of mathematically driven economics, it is much easier to dismiss them altogether as inferior and dominated by politics. They indeed are often dominated. Coincidentally, economics are frowned upon by institutions as well. Historically, “inferior” economic matters were handled by consulates while “superior” political affairs were handled by embassies.

I am not particularly good at math either but I am trying to implement their logic wherever it is helpful. Not being good at it is one thing. Not trying at all is another.

The number one point of this discussion is that economics constitute a humanitarian science as well. It is simply easier to express it with numbers – to quantify the question. This can be observed in everyday life. It is easy to count how many cows you have in your farm, how much money you have in your savings account or how much gold a country has. Economics come hand in hand with Quantitative Methods, which answer the question “How much?” and a bit “Why?” It is, on the other hand, much harder to express in numbers how authoritarian a government is or what the percentage of a war outbreak in Europe is. This is why in politics people are more likely to use Qualitative Methods, answering the question of “Why?” and “How?”.

Nevertheless, the quantitative side of economics, which could, under some classifications, fall under the term econometrics, is only one side of the coin (pun intended). Thousands pages of economics (mainly political economy) can be written with no reference to a single formula. Economics are everywhere and pretty user friendly, as they apply to any social situation. And they are useful in International Relations as well. International Political Economy and International Economics are the closest intersection there is. In my opinion, however, there is no need to go that far to establish the connection between IR and economics. The logic applies everywhere, particularly wherever decision-making is involved. Is it a coincidence that the fundamental value of realism is called National Interest? Is it a coincidence that deterrence, fundamental for Balance of Power and Equilibrium, arises from the cost of a war as opposed to the smaller cost of peace? And if one believes that this sanitised notion of a cost – benefit analysis is not economics anymore, it can be perfectly argued that the price of bread can cause social tremors, that natural gas can be weaponised used to divide an alliance, that lobbies pay to promote preferential policies, that economic influence can be redeemed as political influence.

Even if we discard the tools offered by the discipline of economics, the larger problem lays in the inability to use quantitative methods that are native to politics. If the student does not like math in economics, they will not like them in politics either. The reality is that depending on the school of thought, which is often on a per nation basis, quantitative methods can be vital for academic advancement. Assuming this is true, this reveals a link between high school education and the Second Great Debate.

What are the Great Debates?
These are disputes between scholars of International Relations. The one of interest here is the second one, between supporters of a historic, interpretative and intuitive approach to politics and supporters of a positivist, scientific approach. The basic idea is that numbers do not lie. Yet, people making formulas may be lying or simply may be wrong and inaccurate. Data itself is susceptible to fallacies such as selection bias.

Therefore, the main question at hand is whether a national high school education, which eliminates mathematics from the list of Humanitarian University requirements, forms college students who are predetermined to align with a classic, intuitive approach in politics rather than a positivist one. Whether, of course, this is a net benefit depends on which side of the debate is relatively correct. By standards of the current academic and labor markets, there is a net loss. The greedy quantification of everything, meaning trends like geopolitical risk, moral values, big data, AI and reports of consulting firms, prioritises numbers over reasoning. A streetwise decision-maker, however, is probably a better fit to lead or influence those who lead. Those ignorant of the economy, however, are not streetwise.