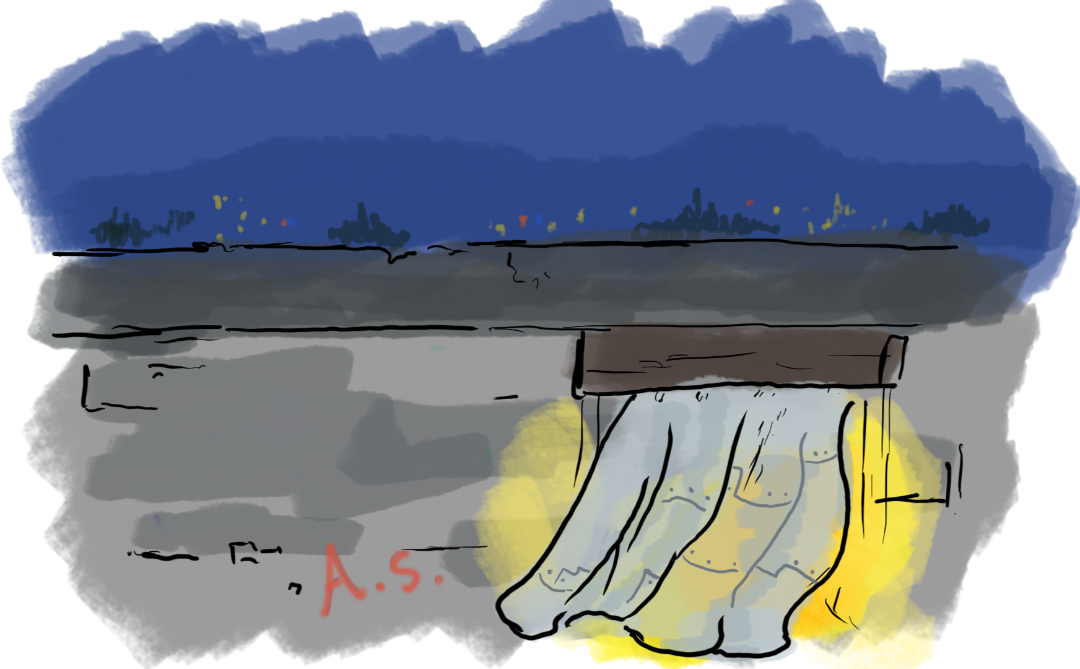 Following the defeat of the Third Reich, Germany was virtually cut in half. The Red army had occupied East Germany in the same fashion the Russian empire did during its war with Frederick the Great. What is remarkable, however, what happened to Berlin itself, the capital city of Germany. Although the capital itself was in East Germany, after the Potsdam agreement was signed, the city was also split.

This division became the main source of friction in the two Berlin crises. Seeing how a large portion of population was migrating towards West Berlin the Eastern Bloc and specifically the USSR raised a wall (1961-1989) which formed the hard borders between East and West, preventing severe loss of population and human resources. The wall did not only prevent Germans from crossing to the other half and communicating with their friends and loved ones, but also had a symbolic meaning. To be more specific, the Berlin Wall has been perceived as the symbol of world’s division into two coalitions.

Despite this barrier standing, there was a growing sentiment that opposed division. At first, the approach on behalf of the Western German Leadership was rough and unpolished. It viewed Eastern Germany as occupied territory rather than a separate entity and threatened to cut diplomatic ties with countries which recognized East Germany as a state. Bonn (the capital of West Berlin) completely disregarded both limitations set by the Cold War International System and East’s threat perception. This denial, and even anger sure backfired. However, when anger turned into bargaining, West Germany implemented a different approach, Ostpolitik, slowly reconciliating with East Germany and Eastern Bloc.

Furthermore, the reason why East Berliners would escape towards West in the first place persisted. The economic problems were constantly tormenting East Germany, while the balance of powers clearly favored the Western Bloc, with its booming economy and industries as a fundament. In this regard, U.S. president Ronald Reagan had correctly foreseen the collapse of USSR pushing for a costly arms race which the Russian Leadership could not afford. In his famous speech at the Wall of Berlin Raegan addressed Mikhail Gorbachev, the Russian leader, urging him to “tear down this Wall.” Reagan’s stunt formed the opinion that U.S. leadership was standing (once again) on the side of all Germans.

This powder keg exploded on November 9, 1989 when the authorities of East Germany announced easing of travel restrictions to the West. Despite the efforts of Stalinist Egon Krenz to contain German enthusiasm, a demonstration could not be restrained. No authority or guard could dare to pull the trigger, as large crowds of citizens started violating the Berlin Wall, eventually tearing it down. What came as rubble from the Wall became a milestone for history.

Having said that, even after the issue of borders was resolved, it still came as a challenge to completely unify Germany to the point that life seemed homogenous. Not Eastern or Western: just German. Nonetheless, strong leadership paved the way for sufficient sacrifice in the name of unification, the most notable being adjusting the currency rates of West and East Germany to 1:1. All in all, the collapse of the Wall marked the fall of communism in Eastern Europe and  the initiation of a German life with its new and reinvented challenges.