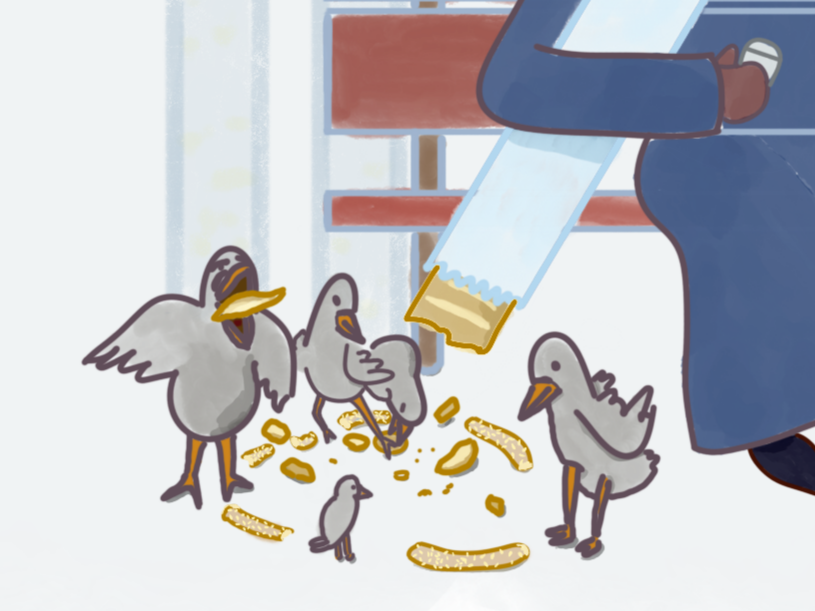 It is evident that since the globalization of the economy was established, the international system behaves as a functional whole, in which one can observe the alternation of global powers such as Portugal, Netherlands, Great Britain and the United States. According to Modelski, the rise and fall of global powers is owing to intra-systemic changes in the form of commerce, industrial evolution and technological development. Noticing that in all known systems order is repeatedly lost, Modelski demonstrated that structures stop functioning and have to reconstruct, and this reconstruction receives the form of cyclical change. He also supported that the essence of global power lies in the functional regulation of the network. While the world order of a certain cycle dissolves, there follows a period of clash and disorder, from which emerges a new world order structured around a new global power. A big circle is a period which identifies with the reign of a certain power and usually lasts about a century, the completion of which signals the loss of control and the beginning of a new cycle.

The end of the Cold War and the collapse of the bipolar world marked the beginning of a new period in the international field. The dissociation of the static Manichean approach of things and the emergence of the complexities of the geopolitical world highlighted the new pluralistic character of the system. With the opening of the 21st century, new powers appear in the vanguard of the international field, affirming the idea that various power hubs and spheres of influence in the international order existed and were revitalized after a bipolar parenthesis.

The designation of regional powers illuminates the idea of regionalism in the international system. Haushofer was the first to develop the idea of “Panideen”, in other words world regions in which one of the great powers of the future would dominate. In the same line of thinking, Derwent Whittlesey referred to these “biggest political entities on earth”, Russia, China, India and the United States, for which, the combination of size as well as natural and human resources placed them in a unique category of global power. Evidently, next to these great powers other medium powers take position, out of which some could potentially reach global power status. Derwent also mentions the concept of “geopolitical maturity”, in other words the ability of a state to capitalize on and transform its size and wealth producing resources into efficient power. Therefore, although there are numerous power hubs and potential great powers, only some possess the required geopolitical maturity.

As far as stability is concerned in a multipolar system, its level is potentially influenced by two contradictory developments. Multicentrism is accompanied by two possible tendencies. The first tendency is the tendency of regional groupings, that is wider international coalescenses within broad cooperative frameworks, with the European Union being a distinctive example. The individual parts of the multicentric world system, are according to Saul Cohen, in a state of dynamic geopolitical balance which is in turn the outcome of an “isostatic balance of power”. Thus, one of the two possible developments of multipolarity derives from the above mentioned state, in other words the formulation of regional groupings around different power hubs of the world, which creates a sui generis balance and stability in the international system.

Empirically speaking, except for bipolarity, in all other forms of structure of the system, nation-state actors enjoy bigger flexibility and freedom of movement in the field of foreign policy. As a result, potentially, foreign relations become more fluid and changeable, pliability is increased and the states have a higher level of initiative. Liquidity of structures and principles, lack of cohesion and instability in the balance of power heighten the factor of uncertainty in transnational relations creating for states the need of self-sufficiency, especially in the field of national security. Relativity and the risk of isolation influence therefore the organization and direction of national power in a different way.

According to J. Mearsheimer, proclivity to conflict is stronger in a multipolar system. On the face of it, it is obvious that since there are more than two great powers, there are more possible confrontational pairs. Moreover, bigger autonomy in multipolarity leaves smaller powers vulnerable to the aggression of bigger powers, since they are not connected with a world power as it happens in bipolarity. For example, Greece and Turkey, fought between 1919 and 1923 when Europe was multipolar, however, during the Cold War, in the frame of a rigidly structured bipolar system, the two countries weren’t able to collide, since the United States would not allow a war between two ally members of NATO.

In addition, asymmetries of power and inequality are more common in a multipolar world, for, the more powers there are in a system, the more possible it becomes for wealth and population size, the two building blocks of military power, to be unevenly distributed between them. The ability to create allied grids in order to counterbalance a revisionist and dominating power is an option in multipolarity, which however demands time, especially if the mobilization of many states is required. Geography could also prevent counterweight states from exerting effective pressure to any potential aggressor. Another problem of multipolarity is its tendency to cultivate incorrect estimations. Actors are prone to underestimating the determination of opposing states and the power of opposing alliances. War is by definition more probable whenever a state underestimates the willingness of an opposing state to remain adamant in any dispute. In the absence of the countervailing force of world powers, potential aggressive rulers of the system cultivate and amplify the fear factor, resulting in the expansion of security dilemmas and the increase of confrontational trends.

Apparently, the international system has already entered a transitional stage. After the uni-multipolar moment of the American invasion of Iraq in 2003, the international system has become entirely multipolar. Following the excessive concentration of power in the face of the United States, polarity, the power vacuum that followed the collapse of the Soviet Union and the subsequent distribution of power to numerous regional actors are, from that moment on, gradually shaping the spectrum of international relations. A quick assessment of the current world order leads us to the conclusion that between the two above mentioned potential tendencies of multipolarity, the second is the one that predominates. Proclivity to conflict is stronger than cooperation, which is mostly observed on a bilateral level.

Currently, the most important issue that could irreparably shape the international system is the overpowering force of China’s rise, which exerts a strong gravitational pull in the region of East Asia. China is undeniably the main driver of wealth accumulation in the world. While economic power is not the only measure of a country’s rise, as Graham Allison underlines, history proves, that it provides the substructure of national power, and over time, nations with larger economies have proportionally greater influence in shaping international affairs. China’s plan “Making China Great Again” and its realization express a nation’s ambitions and its reawakened sense of destiny. As Napoleon warned, “Let China sleep; when she wakes, she will shake the world.” Today China has awakened, and the world has begun vibrating. Using an indirect geoeconomic approach, China’s infrastructure initiative collectively known as One Road, One Belt (OBOR) which exceeds the cost of $1.4 trillion, constitutes its main instrument for achieving its geopolitical goals. Significantly, even after adjusting for inflation, this amounts to 12 Marshall Plans, according to the investor and former IMF economist Stephen Jen, a datum which underlines the magnitude of China’s initiative.

The problem with China’s ambition of expanding and solidifying its sphere of influence on a global scale is that it drives into the United States post World-War II military and economic presence in Asia. In the present multipolar system, among many, the United States remains the biggest power hub, and their capability of planetary power projection is still intact. It is obvious that China’s rise constitutes a primary threat of systemic scale for the number one power. The severe structural stress that China as a rising power causes to the ruling United States creates a phenomenon characterized as “Thucydides’s Trap”. When this phenomenon develops, there is a constant point of friction between the two superpowers, which could convert even ordinary flashpoints of foreign affairs into a large-scale conflict.

We can gather then that multipolarity constitutes a transitional stage in the international system, which usually culminates in a rivalry between an ascending power that challenges an established power. This situation identifies with Modelski’s cyclical change of the system. Reviewing the past 500 years, the Harvard Thucydides Trap Project identified sixteen such rivalries from which twelve resulted in war, a rather high percentage. All current evidence demonstrates that China has the geopolitical maturity and that the world order is inevitably proceeding to her dominance. The central question that derives from all the above however is whether this transition will occur harmoniously, in other words whether the two superpowers will escape “Thucydides Trap” or not. Only history will judge.