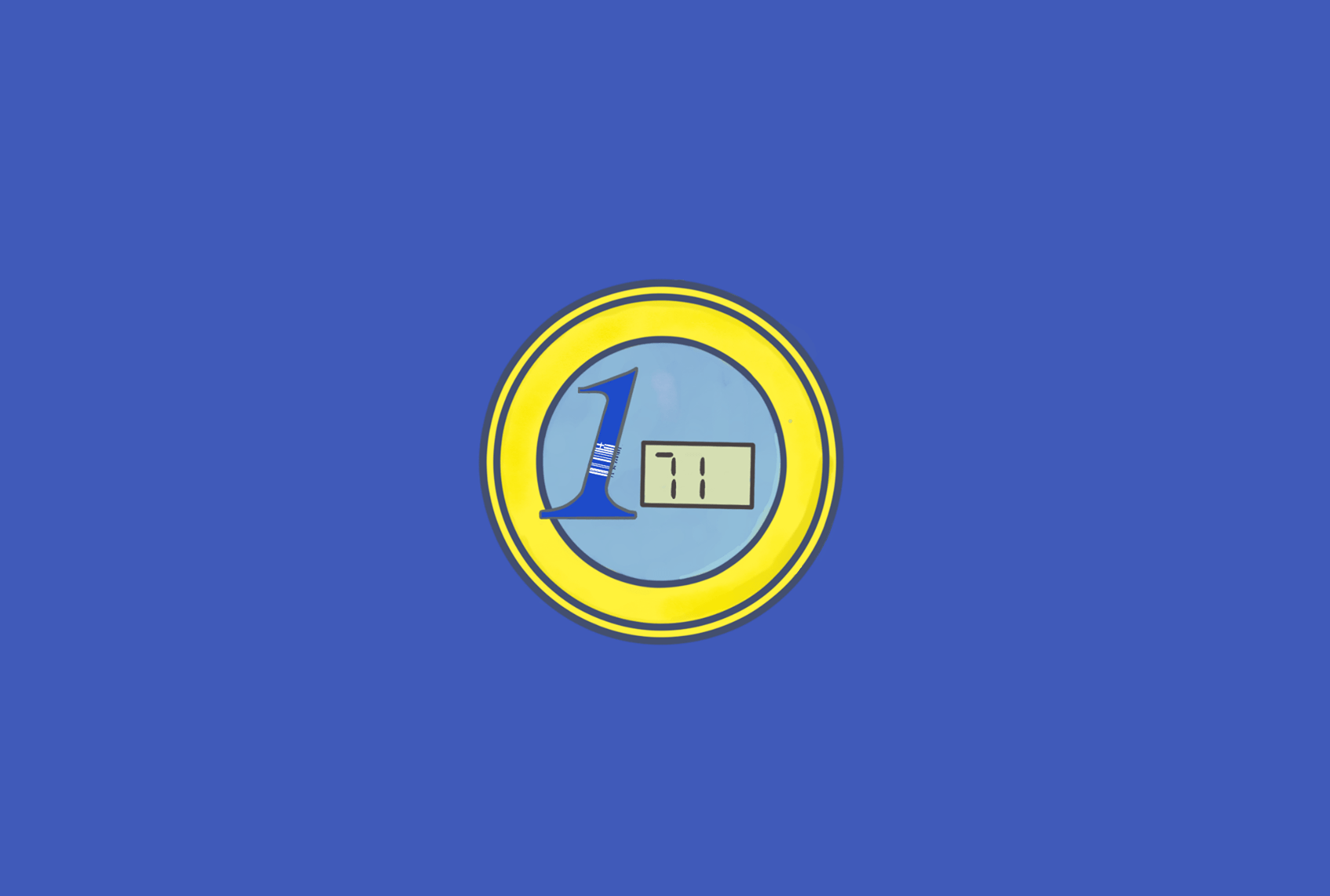 The year 2015 brought more than just capital controls to Greece, one of the changes being the rise of electronic payments. I still remember the criticism raised by a politician at a conference hosted by the Hilton, an iconic hotel in Athens, in connection with how cash is perceived by an average Greek citizen. He frowned upon keeping cash “under a mattress“, completely disregarding the public sentiment that banks were unreliable during those times. He strongly recommended that paying with a card or electronically would be the rational choice, as banks would have larger deposits at their disposal allowing them to function more efficiently. Along with other benefits, tax evasion would be diminished. An everyday transaction involving cash may take place without the issuance of a receipt, whereas electronic transactions require an authentication process which is also reflected on a mandatory receipt. Not much difference is seen if a case is isolated to one individual buying a bottle of water from a kiosk without a receipt. When the scenario is repeated thousands of times by thousands of individuals, however, the loss is significant.

This article is based on the information contained in the report released by the European Central Bank regarding the perspective of the Digital Euro.

Although the aforementioned statement sounded outrageous at the time, which is completely justifiable, that is exactly the direction towards which Greece has been heading, along with the rest of the Eurozone. In fact, the amount of electronic payments has more than tripled between the years 2014 and 20171. Paying with your, mostly debit, card has become a habit and vendors do no longer roll their eyes because they have to boot the POS machine; it is already powered, linked and waiting. Furthermore, the uncertainty of the cryptocurrency and stablecoin markets warn us that private actors, once again, may evolve into a threat to financial stability of the Europe Union and its broader economy. As a statement of innovation and a reflex of defence, numerous countries are developing their own Central Bank Digital Currencies (CBDCs). Digital Euro is one of them, with a special European Task Force unit working on this project since January of this year. Moreover, the process of the development is accelerated by the changing behaviour of consumers within the environment Covid-19 pandemic. Despite lack of decisive evidence, people do believe that cash may be contaminated with the virus, as it has always been previously associated with carrying dirt, microbes and even particles of drugs. At the same time, given that the movement of individuals is restricted due to lockdowns, it is only natural that more and more people get acquainted with e-commerce.

What the Digital Euro isn’t
When we order from Amazon, we do not launch a dollar bill paper towards Jeff Bezos’ direction. We use debit cards, credit cards and electronic payment solutions, such as Paypal. Hence, while we already use electronic money, third parties and intermediaries are involved with different standards and procedures. This pathway of transactions mostly involve commercial bank deposits or a third party wallet. The digital euro is not linked to a bank deposit which you can access with e-banking. The digital euro is a separate European “wallet”, which will also act as a complementary payment solution to the already existing third party infrastructure. This will further propel the digitalization of economy and fill existing gaps, efficiently making transactions faster.

The digital euro isn’t a cryptocurrency, such as Bitcoin or Ether, either. Traditional currencies are established by laws marking the government’s and the state’s central bank approval. The citizens have “signed” a social contract with the sovereign whose monetary “organ” guarantees the value of the banknotes, despite them being made of paper. Cryptocurrencies, on the other hand, have been created by private individuals, a decentralized sui generis social contract which does not involve the a state or a central authority. What’s more to that, cryptocurrencies are not backed by a tangible commodity, such as gold, either. Its trustworthiness stems from the so called “blockchain” technology ensuring fairness and a balance between privacy and transparency in this agreement between the holders (“I do not know who Mr.Sunshine69 is but looking at his transaction history I can see he is a shady one.“) The idea of this peer to peer currency is considered innovative, to the extent that Gavin Andersen, one of the closest people to the core of Bitcoin’s creation had received an invitation by the US CIA, with a view to gain a better understanding on whether Bitcoin actually posed any threat to US government institutions2. Even if the creation of Bitcoin was, in fact, benign, there is still a legitimate concern that it will still act as a risk factor.

What appears even more worrisome is the development of Stablecoins (Global Stablecoins or GSC). This form of currency is closer to traditional money, as a Stablecoin is actually backed by fiat currencies or baskets of fiat currencies and securities which act as a diversified portfolio. While the digital Euro is not a Stablecoin either, one of its purposes is to potentially protect the Eurozone from the latter’s economic footprint.

First of all, as some forms of Stablecoins are linked to currencies other than euro. During times of panic individuals may perceive foreign currencies as more stable ones and acquire Stablecoins as a gateway. Hence, if the stablecoin is linked to foreign assets, depending on the location of the GSC desk, that could result into capital outflows. Secondly, if stablecoins were to become a popular means of payment or store of value, that would create a new channel of risk transmission, making real economic activity and financial stability more vulnerable. For example, the consequences of monetary and fiscal policies are harder to predict and thus manage. It feels much like shooting a ray of light in a cylinder full of mirrors. Finally, if a GSC is used as a substitute to the euro, that would undermine Eurozone’s monetary sovereignty and efficiency.

What the Digital Euro is
Having pointed out what the Digital Euro isn’t, the easiest way to describe it is: a digital sum of money readily available to citizens, without the existence of an intermediary, such as a bank or a third party wallet, while pursuing the status of legal tender. As it is expected of it, however, even when a currency is a mirror image of its cash form, there are still some precautions to take and problems to tackle. The simplest of all being the fact that not all people are ‘tech savvy’. Confusion could foster financial exclusion, a manifestation of social exclusion and a phenomenon linked to poverty. Creating an inclusive user experience, matching the needs of already marginalized parts of society, is an important provision which could greatly supported by clear explanations and behavioural science.

Another problem is related to bank liquidity. By using digital euro wallets as an alternative to commercial bank deposits, banking institutions will have less money to manage. Subsequently, interest on loans provided by bank could rise, slowing down the economy. Some other problems would be created in the event that too many (or too rich) individuals outside the Eurozone started investing heavily in the digital euro. The balance sheet of the Eurosystem would be largely increased, while the euro could become very expensive relative to foreign currencies (foreign exchange rate). While a stronger currency is beneficial for cheaper imports, it may harm the ability of businesses to export, as their products will become more expensive when expressed in dollars, for example. This would, again, limit the ability of these enterprises to pay off their debts to the commercial banks, exacerbating problems related to liquidity.

One must not forget that the Euro is also a symbol. It is no coincidence that we see no faces on the euro banknotes. Although metal coins do have specialized depictions of each country’s historic personalities, expressing sovereignty and nationalism, one will observe bridges, gates and windows symbolizing unity and communication on the banknotes. In the relevant report, the European Central Bank stresses out that it does not want the symbolic value of the tangible currency to fade. After all, if displayed in the form of digital euro, we will likely be seeing our budget as the sum and the app interface.

Symbols are important and they introduce us to another big chapter of problems with the digital euro: reputation. One of the main reasons that the EU wants the digital Euro to have the status of legal tender, is to make sure it does not get its, potentially, bad name from Cryptocurrencies. It wouldn’t be a surprise if the majority of population started calling it “European Bitcoin”, despite it having no relevance to the Bitcoin whatsoever. Another thing to be avoided is the association of the digital Euro with the funding of terrorism, drug trade and illicit activities in general. While Euro in its cash form is undeniably being used for purposes of this nature, as any other major currency, what the ECB wants to avoid is creating loopholes, legal or technical, which could facilitate such funding.

Externally, the Eurozone deems the extensive use of a digital Euro abroad undesirable, especially if it is used as a currency substitution method by unstable economies. Despite the benefits of holding the euro, as opposed to a weak domestic currency, lets say, cursed with incontrollable inflation, the monetary authority of that country has now even less control on a macro level. Eventually the blame could be shifted towards the European Union by the local populations for not containing the situation, generating bad headlines and political obstacles.

Moreover, adding an extra digital facet to the economy creates more exposure to data manipulation and cyber attacks. Beneath “the shell” he European Central Bank would need to act as a balancer between user protection and state security. The European Citizen naturally wish to feel that their money is not a channel of personal information tracking. At the same time, some form of identification will be required in order to avoid as much illicit activity as possible. The “shell” itself, on the flip side, is linked to defence from cyberattacks. A cyberattack could have a varied range of goals and results: from acquiring internal accounting information of an enterprise to creating an arbitrage glitch. It would be naive and incorrect to say that electronic payments are not protected by some form of cyberdefence already; yet, politically, the European Union will have to upgrade its Cybersecurity anyways, addressing challenges of warfare at the same time. Technology of cyber defence and its applications may differ when used for the economy. However, the minds behind cybersecurity or at least the volume of collective knowledge are shared.

In conclusion, despite the numerous challenges that come with change, technological innovations in the European Economy are the right choice. After all, remaining locked in a status quo does not guarantee safety from risk, when the environment of digital currencies is rapidly expanding and invading our own environment. As a closing remark, given that many challenges mentioned are linked to bank deposits, it is possible that more momentum could be created for a complete banking union in EU, as it is mainly lacking a common system for deposit protection3. Will the digital euro create a positive spillover effect?