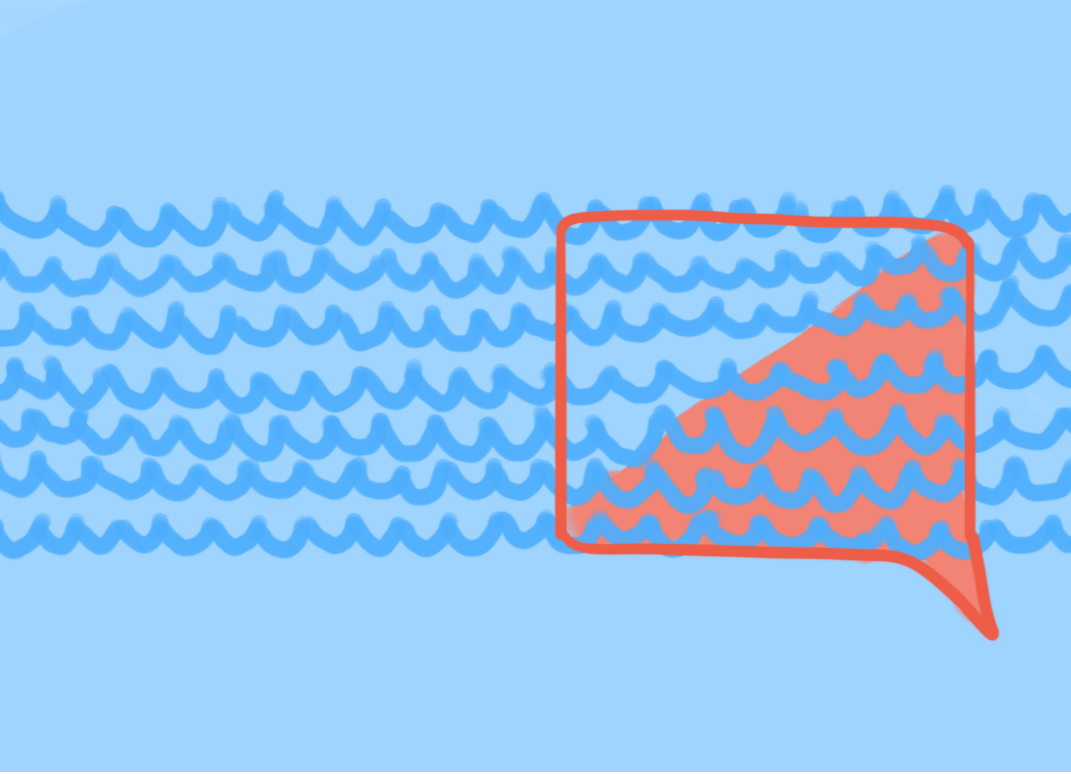 The Territorial Sea, also known as Territorial Waters, constitutes a zone of sovereignty of a coastal state. The two terms are interchangeable and do express, in essence the same thing. This sovereignty is wide enough to cover, sea, the bottom of the sea and seabed, and even the aerial space, which constitutes a different zone, the National Airspace1. Having said that, the width of the two zones, the territorial sea and the airspace must be the same. According to the first few articles of the United Nations Convention on the Law of the Sea (UNCLOS 1982), a treaty that constitutes the cornerstone of the International Law of the Sea, the territorial sea of the state may have a maximum width of 12 nautical miles2. This is a sovereign right that can be exercised by the state unilaterally, meaning that the state does not need the consent of any other nation to exercise this right. To add to that, even when a state has not signed the UNCLOS, the law still should be in power, as the 12 nautical miles law also constitutes part of customary international law. What results in a violation of international law a state claiming a maritime area of sovereign waters beyond the 12 nautical miles from its coastline3, regardless of ratifying UNCLOS.

Before further elaborating on the details regarding the Territorial sea and the Greco-Turkish confrontation on the matter, it is important to note a certain fact. It has already been said that a country does exercise its sovereignty in its territorial waters. The notion of sovereignty is of great importance and weight in International Relations, as well as in International Law, although admittedly it is not easy to define what exactly it means, especially when a word is either wrongly used or overused in public dialogue. Philosophers, such as Thomas Hobbes, the author of the Leviathan and Jean Jacque Rousseau, the author of the Social Contract have contributed to the essence of the definition of sovereignty inter alia. The contemporary notion of sovereignty, however, comes from the Treaty of Westphalia (1648). To make it simple, wherever the state has sovereignty over a territory, it can exercise its legislative, executive, and judicial powers. Hence, the sovereignty is absolute (it is exercised exclusively from a state and not from another state because in that instance the sovereignty would be partial). Given that the Territorial Sea is a maritime zone onto which the coastal state projects its sovereignty, this maritime zone does not differ much from any continental land within the state. As a result, the state does not simply exercise several sovereign rights on Territorial Waters, but its full sovereignty. Therefore, an essential distinction must be highlighted, where Territorial Sea and National Airspace constitute part of the sovereignty of a state, and these two zones clearly and distinctly differentiate from sovereign rights’ zones, such as Exclusive Economic Zone (EEZ), Continental Shelf and FIR where the state exercises only some sovereign rights and assumes several responsibilities.

The only possible limit to the exercise of the state’s sovereignty within the Territorial Sea, is the one set by the right of Innocent Passage. This exemption, apart from being a rule established by the article 17 of UNCLOS, is also supported by customary international law; in fact being one of the most widely recognized and accepted rules, one that is consequently binding for all states4. In many instances this has been confirmed by international jurisprudence, while it has also been recognized as customary law in one of the first cases presented to the International Court of Justice, namely the Corfu Straits case5. Based on this right, a vessel may pass through the Territorial Sea of a state without asking for that coastal state’s permission beforehand. For this to apply, the passage shall be continuous and expeditious while at the same not being prejudicial to the peace, public order, or security of the coastal State6.

With regards to the Greco-Turkish disputes. As it is perhaps known, Greece maintains a territorial sea zone to the range of 6 n.m. This makes it the only case where a coastal state (of 149 in the world) which has the right of extending it to 12 n.m. , chooses to stay at the range of 6 n.m. along the entire coastline. Professor E. Syrigos (Ε. Συρίγος) has characterized this is exceptional situation as “our national solitude”7. The announcement by Prime Minister K. Mitsotakis on 28/8/2020 regarding upcoming legislation which extends the current margin of the territorial sea to 12 n.m. towards the Ionian Sea, is a step which changes the old picture of Greece’s inertia regarding this specific matter8. Turkey had already announced since 1974, even before the fall of the Greek dictatorship at the time, that the act of the extension of the territorial waters to the maximum range of 12 n.m. would be perceived as a cause of war (Casus Belli)9. This position set by Turkey later became of an even more reactive nature as the extension to any range even beyond the limit of 12 n.m. would still be regarded as a casus belli10. In 1995, the Turkish Parliament covered this statement with a legal veil, as it became part of its legislature11. This occurred despite the fact that trough this way, Turkey threatens indefinitely Greece with the use of force, therefore breaching the International Law and particularly one of the first and most fundamental articles, namely article 2 (4) of the UN Charter12.

Turkey has been attempting since the mid-1970s and during the year-lasting multilateral negotiations (1973-1982) for the UNCLOS to contain a specific provision for the Territorial Waters of the states that are situated in an enclosed or semi-enclosed sea, such as the Aegean13. At the end, the will of the rest of the states, which constituted a significant majority of the international community, prevailed. Thus, the right of a state to 12 n.m. of Territorial Waters is allowed for all the maritime areas of a country, and pursuant to article 121 of UNCLOS, even the islands of a state have the right to all the maritime zones (Territorial Waters, EEZ, Continental Shelf, though for the latter two it is required that the islands can sustain human habitation or economic life) just like it occurs on continental soil. Turkish position is that not all islands have a right to Territorial Waters. (To be noted, the regulation that islands can have Territorial Waters is part of customary international law and has been applied for decades prior to UNCLOS)14.

Turkey, as of 2020, has Territorial Waters of 12 n.m at the Black Sea and at Eastern Mediterranean Sea alongside the coast of Anatolia, while it maintains a breadth of 6 n.m. at the Aegean Sea15. The Turkish position, expressed in Casus Beli, that Greece must not extend its Territorial Waters to 12 n.m., derives from the large number and the great dispersion of Greek islands in the Aegean Sea. According to Turkey, a potential extension of the Greek Territorial Sea would turn the international maritime routers at the center and at the south part of the Aegean Sea (the island groups of Cyclades and the Dodecanese) to Greek sovereignty, Thus, any vessel with a third party flag would be obliged to exercise Innocent Passage (as it was noted herein) to transition these areas. Apart from Turkey, other states have expressed their doubts to a potential change of the breadth of high seas to Greek sovereign waters, such as the U.S.A., Russia and the U.K.. These states invoke reasons that relate to the limitation of international maritime navigation. However, given that the right to Innocent Passage could apply, and given that Greece has one of the large merchant fleets globally, Greece would have a disincentive to delimitate its maritime zones in a way that limit international navigation16. It has to be noted, that a potential increase of the Greek territorial waters to 12 n.m in all the maritime spaces would render 71.5% of the total sea area of the Aegean as Territorial Sea of Greece (the current percentage is 43.5% for 6 n.m. everywhere). A potential increase of Turkish Territorial Waters to 12 n.m. in the Aegean would mean an increase for Turkey to only 8.7% from 7.5%, of the total sea area of the Aegean17.

Figure 1 Greek and Turkish Territorial Waters at 6 n.m. at the Aegean Sea. (current situation) and Territorial Waters of 12 n.m. (potential situation, a right that is derived from International Law). Source: ‘’energeia.gr’’, https://www.energia.gr/artic

Some of the arguments (legal and political) that Turkey invokes are the following: Firstly, that a potential extension of Greek Territorial Waters to 12 n.m. everywhere would render the Aegean Sea to a ’Greek Lake’, with all the vesels that depart from western Asia Minor to be obliged to exercise the right of innocent passage or to ask for a prior permission from Greece18. Secondly, Turkey invokes article 300 of UNCLOS which relations to the abuse of rights from a state. However, there does not exist a documented case where a state that exercises legally the rights that the international law provides and which do not restrict another state (in this instance, Turkey would not be restricted given that turkish vessels could exercise the right of innocent passage) were interpetred as an abuse of right19. Moreover, Turkey invokes article 123 of UNCLOS, according to which relates to adjacent countries in enclosed or semi-encloed seas should cooperate among them20. This legal argument can easily be rendered invalid, given that UNCLOS specifically mentions and exhausts the said cooperation between states for issues related to the protection of the environment, the management of living creatures and at research of the sea21. The UNCLOS does not include a provision that predicts cooperations in the exercising of rights that can be exercised unilaterely from a coastal state.

2 ’United Nations Convention on the Law of the Sea’’, Opened for signature 10 December 1982. https://www.un.org/depts/los/convention_agreements/texts/unclos/unclos_e.pdf, Article 3.

6’United Nations Convention on the Law of the Sea’’, Articles 17-26 and Κ. Ιωάννου, Α. Στρατή, ΔίκαιοτηςΘάλασσά68.