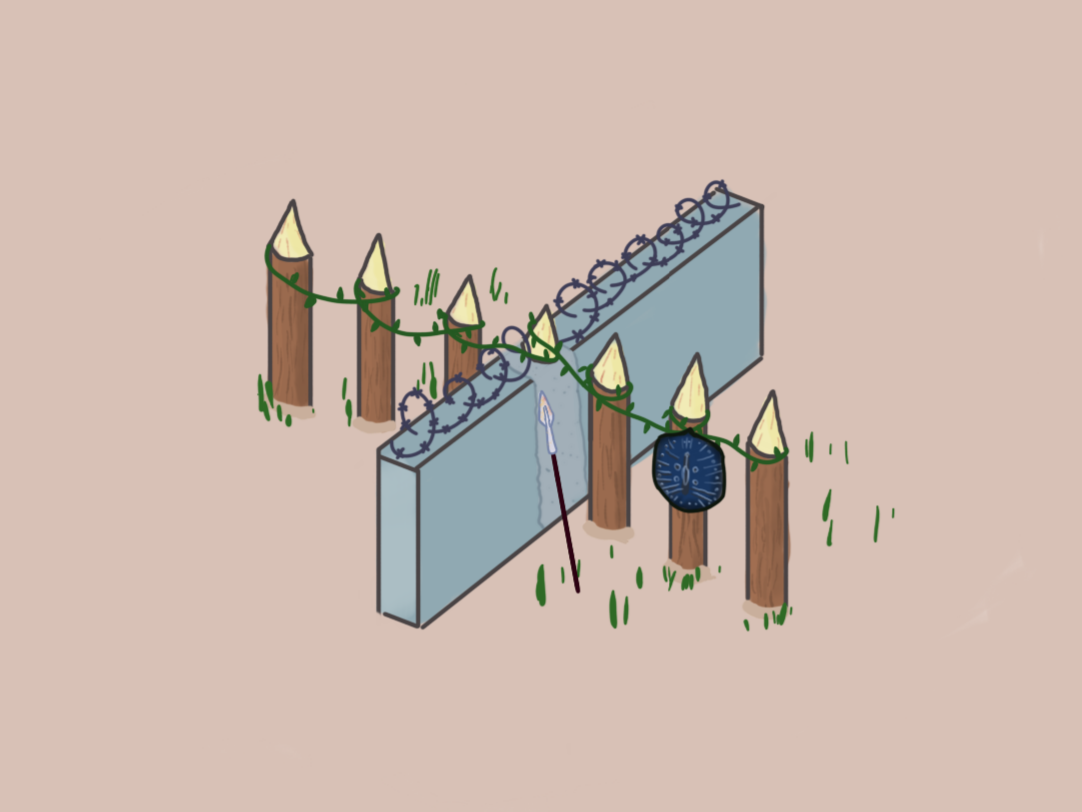 Some may say that Ethiopia is like a mosaic. Almost 10 different ethnic groups with troubled relations live together, that can easily lead to instability for the country. In the present, Ethiopia is experiencing a bloody civil war between the Federal Government and the state of Tigray. The reason for this was the annulment of the national elections due to the pandemic of Covid-19, a decision made by the Prime Minister of the country, Abiy Ahmed. But this seems to be a pretext and in order to find the essence of the civil war, we have to go back and understand the political scenery in Ethiopia.

After the collapse of the Soviet Union and the end of Cold war, the communist regime (=the Derg) in Ethiopia was overthrown by the Ethiopian People’s Revolutionary Democratic Front (EPRDF), which monopolized the national politics from 1991 to 2019. This political party consisted of four factions: the Tigrayan People’s Liberation Front (TPLF), the democratic party of Amhara and Oromo (the two largest ethnic groups in Ethiopia) and lastly the Southern Ethiopian People’s Democratic Movement. The TPLF was the most dynamic among them and despite the fact that Tigrinyas represent only 7,3% of the total population, it managed to hold key positions on the state organizational structure. For instance, the head of state, the ministers and the military chiefs belonged to or were supported by the TLPF1, having too much power, according to some, in relation to its population.

It’s true that the Tigrayan group ameliorated the situation in Ethiopia. Firstly, it managed a substantial economic growth, one of the top three highest globally according to the International Monetary Fund, by liberalizing different sectors of the economy and decentralizing bureaucracy. At the same time, child mortality rates dropped and the society was democratized to an extent, given that oppressed and marginalized group could participate in the political debate. Despite the above, the authoritarian practices and policies of the Derg regime didn’t get wiped out completely. The elections were often rigged in favor of the EPRDF, most notably in the election of 2015 where the party won with a percentage of 100%.2 In 2018, according to UN dispatch3, 30.000 people were detained after an order by the Ethiopian government was issued, including political leaders, journalists and students, underlining the rejection of political pluralism and civil rights. Additionally, the authorities were abusing their powers and exploiting the state of emergency for political needs4.

All of that contributed to the resignation of the Prime Minister, Hailemariam Desalegn, in 2018. Since then, the country’s Prime Minister is Abiy Ahmed, a promising politician with origins from the Oromo and Amhara groups. Concerning the internal affairs of the state, Ahmed tried to fight corruption and change the preexisting political situation by reforming the EPRDF into a pan-Ethiopian national party, the Prosperity Party, which will represent all the federal governments. The TPLF was afraid that will lose its influence and control so it refused to join. Its utmost goal is the replacement of the ethno-federal system for a unitary state that will be more easily controlled and potentially end the clash between ethnic groups. Furthermore, we must point out the fact that under Ahmed’s term Ethiopia signed a peace treaty with Eritrea, ending a long-lasting and devastating border conflict with the neighboring state

The deeper roots of the conflict

It is thus understandable that the postponement of the election was the stimulus for the conflict. On the one hand there is the old dominant force in Ethiopian politics, TPLF, which starts losing its influence and is becoming restricted to the Tigray region and on the other hand a new political leader of the state who is trying to keep TPLF members away from politics with the pretext that he is fighting corruption. This plan includes economic measures, such as freezing of bank accounts of companies that provide economic aid to the TPLF or the arrest of former politicians. Also reforms in the army took place and the political prisoners that were hostile against the former government were release. The polarization reached its peak with numerous ethnic clashes as well as an assassination attempt against Abiy Ahmed by a member of the TPLF and the refusal of Tigrayan’s authorities to hand him in. Another source of disagreement constitutes the abovementioned peace treaty with Eritrea, which the TPLF disapproves and observes with suspicion mainly because the party was deeply involved in the Ethiopian – Eritrean war. The Tigrayan People being unwilling to give up their dominance made a preemptive strike against the federal army escalating inevitably the conflict.

From that moment on, there is an ongoing conflict in the Tigray region with horrendous results and ramifications for Ethiopia and the Horn of Africa. The parties to the conflict have largely controlled the communications and narratives so only a trickle of information about potential human rights abuses and the death toll so far has come out5. The only exceptions are the ethnic massacres against civilians have been noted to take place in the Tigrayan cities of Mai Kandra and Humera by forces of the parties or militias loyal to them6. The above mentioned situation intensified the already existing crisis in Ethiopia with 21.3 million people in need of humanitarian aid and 1.8 millions are internally displaced. These numbers alongside with the fact that 792.000 refugees have fled Ethiopia due to the civil war, make the gravity of the situation pretty clear.

The conflict in Tigray may have a dramatic effect for the Horn of Africa, mainly due to the fact that the borders among Ethiopia, Sudan and Eritrea are fiercely disputed as they were a result of colonial-era treaties. The conflict reignited the dispute because the possession of some territories was challenged again. More specifically, despite the opposite ruling of International Court of Justice, the city of Badme remained in the possession of Ethiopian’s government, which considered it as a part of its territory. With the outbreak of the conflict, Eritrean army, besides helping Abiy Ahmed’s government, regained the control of the city an action that could disrupt once again, the already difficult relations7. Similarly, the tensions have mount at Sudan – Ethiopia borders concerning the territory of Al Fashga. This region has been for decades a reason for rivalry between the two countries, because it legally belongs to Sudan but it is inhabited by Ethiopians. Last month a contested ambush took place against Sudanese armed forces by Ethiopia’s army and militia increasing the tensions. Finally, the refugee influx causes further turbulence to Sudan, which is still trying to recover from decades of internal conflict and economic crisis8.