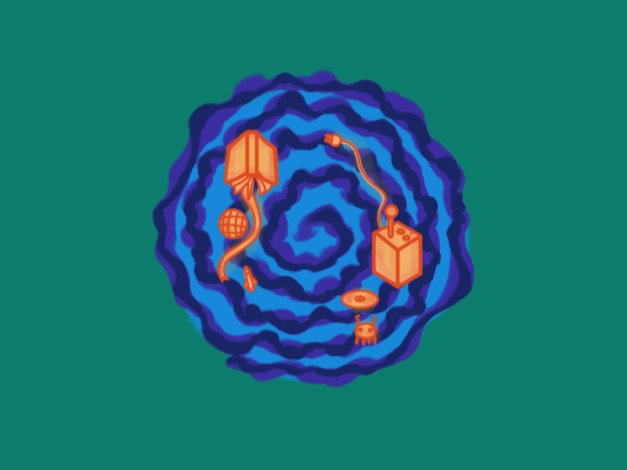 When it comes to world politics it is typically said that there is no room for fun and games. Peace, public health, the economy and the climate are at stake, requiring delicate handling. Games, on the other hand, are usually associated with children. One could characterize childhood as a free trial to a premium membership with limited to no responsibilities. That being said, from a Gender Studies viewpoint women and children are often labelled as domestic beings while “brave” and “serious” men are protecting borders and occupying ministerial offices.

Despite that, there are clear differences between the identity of a child and a woman. While biological sex won’t change unless heavily altered, a child’s identity changes as it grows up and ceases being a minor. Eventually they feel pressured to leave toys and games behind in their childhood.

Yet, the word ‘game’ is a source of guilty pleasure for CEOs, managers, scholars and officials. People especially in the field IR love fetishizing chess. Low budget graphic designers literally place 3D chess pieces on a map and call it a book cover or a conference thumbnail photo.

Contrary to most games chess has escaped the social curse of childhood, as it was never meant for children and is indeed associated with the supposedly more complex thinking of an adult. This explains why a child that has mastered the game of chess is regarded as a serious thinker and won’t be bothered to ‘stop playing and study immediately’. What’s more to that, great skill in chess is greatly appreciated by society despite having limited impact on productivity or economic growth. That is a great achievement.

Toys and games
Words and narratives do not always help, but etymology gives us a small hint here. Despite its lingual wealth, both the words “toy” and “game” are translated by the same word, ‘παιχνίδι’, in Greek. The root of the word ‘παιχνίδι’ is ‘παις’ which literally means ‘child’. However, there is a crucial difference between a toy and a game. A toy’s functionality consists of distracting the attention of a child. A game on the other hand has a purpose: there is a goal to achieve with the rules set and the available means given. If it sounds strategic, that’s because it is. Even beyond the boundaries of Grand Strategy, (in the absence of an opposing will) you may still compete if there is a ranking system or a score to keep. That would be similar to a country aiming to achieve faster economic growth: No adversary is required – and yet the economy may easily become an arena of competition, resulting in  trade wars.

Given this situation, it is perhaps unfair for chess to be IR’s only favourite. Competition in other games and videogames can create very interesting situations to tackle. Chess is only as challenging as the opponent’s strategy allows it to be, and that applies to everything that involves the element of competition, unless the obstacles are set by a faceless environment.

I am starting this conversation and this series of posts because I want to introduce the casual reader to international relations and a good way might be talking about videogames. That is because:

i) Videogames are more immersive than board games, allowing accurate recreation of various situations that challenge strategies, tactics and general decision-making processes.
ii) Games are fun, making it easier to learn.
iii) Within the environment of a videogame mechanisms can be created and easily tweaked, allowing more experimentation when it comes to social and political sciences.

I really like the perspective of this discussion becoming material for a book and maybe even a board game.

One thought on “Lv 1: Games and International Relations”