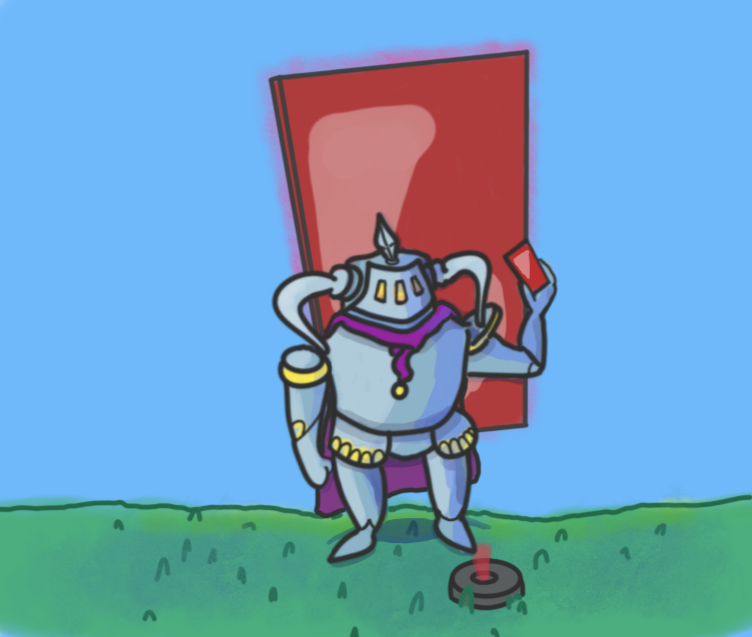 In his marvelous work “Von Kriege” (On War), Clausewitz wrote that “attached to force are certain self-imposed, imperceptible limitations hardly worth mentioning, known as international law and custom, but they scarcely weaken it.” Indeed it makes sense that you would use all the means necessary to annihilate your enemy, just as you would in a video game – carefree, demolishing everything in your way. Then again, some games punish you for inconsiderate behaviour and deduce points or terminate your progress. Life is not as easy to regulate, giving great freedom to states in a pool of anarchy. But why show mercy and self restraint in the first place? Surely states would not waste enormous amounts of wealth on diplomats and negotiators in order for them to create a legal system which results into nothing.

The answers that come naturally to my mind is the following one: If an atrocity is committed, you will face far greater hatred by the enemy often beyond the immediate results of a war. To add to that your allies will be weirded out. Countries have codified the rules of combat into Geneva conventions, giving formal birth to what we call today “International Humanitarian Law” (IHL). In contrast to the Law of Human Rights, International Humanitarian Law applies only during active armed conflicts that have a clear and defined participation of two opposing nations at a high intensity of violence. Non-international armed conflicts are essentially civil wars. That means that during a proxy war IHL won’t be applicable to their puppeteers, even if on a political level people do admit that non-state actors obey to foreign command. That being said, unless there is ‘effective control’ as described in the Draft Articles on Responsibility of States for Internationally Wrongful Acts, IHL cannot point at the culprit with its finger. International Humanitarian Law also sets guidelines for State behaviour during occupation, even regarding control of the territorial sea during that period. It is also worth mentioning that Humanitarian Law does not identify whether the cause of war (casus belli) is just; it only determines in what ways to be careful when in war. Even when the reasons for a war to be initiated are null and void, or at the very least controversial, states still ought to be careful and vice versa. Neither are you justified to commit war crimes just because your enemy does. Respect for International Law is not supposed to depend on reciprocity.

There are many details written in the Geneva Conventions. Nonetheless, for the purposes of this thought process, it is sufficient to outline that violence must be proportional to the necessity while collateral damage must be minimised. Perhaps, the most effective application of International Humanitarian Law is the prohibition of chemical weapons during armed conflicts. Gas is such an ugly weapon, it’s universal.

Macabre fact: Tear gas is prohibited too. However, governments are permitted to use it during protests against their citizens as the two parties are not at war.

Many realists will dismiss International Humanitarian Law entirely. Personally I agree that following too many guidelines is utopic. It would imply that a war has a scale limit and can calculated. In reality, the persistence of hatred, vengeance and the subsequent escalations introduce great uncertainties in warfare rather than mediocre known uncertainties. Despite that, as mentioned above, few things exist with no purpose. A state that is known for following the rules of the international system gains more and more prestige as time passes. As mentioned by Robert Gilpin, an important figure for realists, prestige is one of the three components when it comes to the governance of the international system. He even mentions that prestige is the functional equivalent of the role of a central authority in domestic politics.

Indeed, fighting in a careful manner sounds prestigious; in its material form as well. Luxurious weapons, which happen to be of higher precision, make it easier to achieve tactical goals with fewer casualties. That of course does not mean that a rich nation will go down that path for certain – it simply has more options. Poorer nations, on the flip side, use older, cheaper rockets, explosives and projectiles that easily target civilian lives as well. Again, however, a modest army may still be more respectful than the most advanced troops. Human dignity is a universal value and can be taught at a young age. Hopefully, with interactive video games.

While video games have great educational value on their own, they are even more relevant to the topic of armed conflicts. After all, a huge amount of them are first or third person shooters. Defenders of International Humanitarian Law suggest that video games don’t permit war crimes in their code. While I am prone to believe that this could only backfire in the gaming communities, adding a layer of rewards based on principles of Humanitarian Law is obviously more welcome as it is optional and definitely adds an extra layer of difficulty. To be fair, this is already happening. To give an illustration, many stealth based games feature a Pacifist Run reward.

Pacifist Run: When you try to play a game that involves killing characters without killing.

Υet, I would like to divert our attention from first/third Person shooter games to a certain Strategy game. The game series I have in mind is Final Fantasy Tactics, which introduces the Judge mechanic. According to the Final Fantasy Wiki:

Judges enforce the laws of Ivalice in Final Fantasy Tactics Advance. One appears every time a battle occurs, riding an armored chocobo. They award Judge Points to combatants who perform recommended actions, but also issue Yellow and Red Cards to any unit successfully performing forbidden actions. They also teleport all units that receive Red Cards to prison.

The example above is the closest I have seen to an institutionalisation of International Humanitarian Law in an older video game, as opposed to a cold calculation of a reward system (usually with a heartless pop-up message). It is only a minor feature, but certainly it matters if it makes the player ask questions – why does this happen in the first place? With this in mind, we should be careful and precise regarding what is what. While it is much easier to draw a red card and punish a soldier in-game, in reality, war is harsh. Surely the work of Fact Finding Commissions and the International Criminal Court are crucial for the enforcement of IHL – the current effort, however, is simply not sufficient in the absence of a matching culture or willingness expressed by governments.