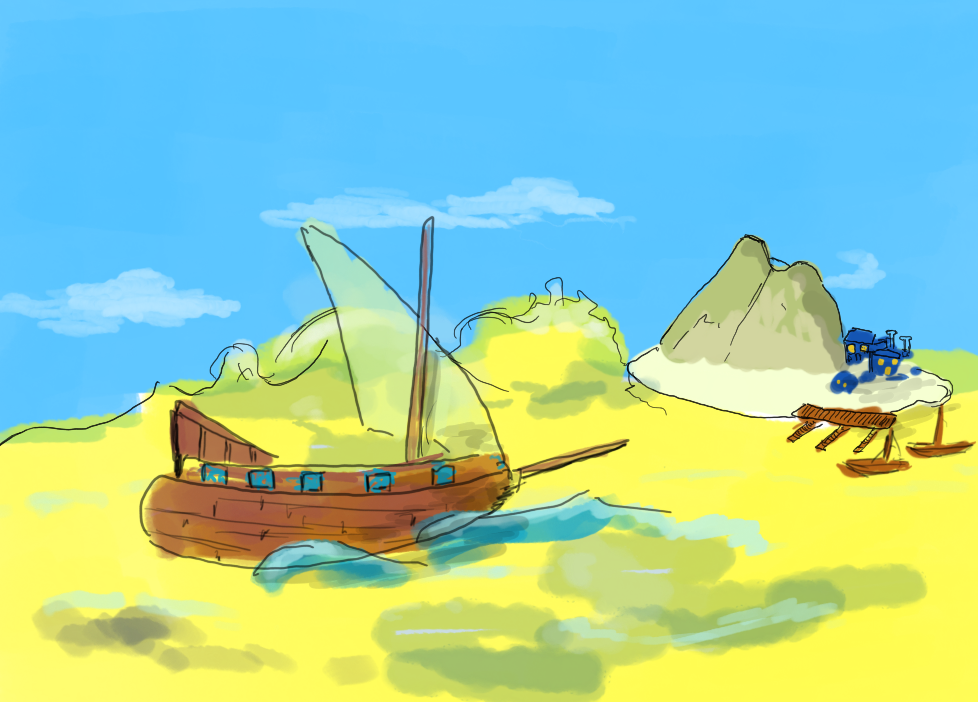 Think of International Law as a set of rules that bind the states which have signed them. In many cases there are conventions that almost all the countries of the International Community are member-states of. These include the United Nations charter, the provisions of which are the cornerstone of our International System and create a framework of equality. This legal equality, however, is disrupted by rules of power.

The strong do what they can and the weak suffer what they must, is the answer the Melians received from Athenians. And suffer they did. The very essence of this old story from the Peloponnesian War can be compared to any dynamic between a strong and a feeble actor. Russia and Ukraine are no exception. Roughly speaking, the law of the nations is often viewed as an instrument of the weak. Just as in human society law tries to limit the freedom of a person which expands at the expense of the freedom of another human, International Law focuses on limiting the use of force of the “Goliath” in favour of the “David.”

The Russian invasion under the prism of International Law
The charter states that member states should refrain from the threat or use of force in their international relations with other states. This legal rule is, as the legal science states, jus cogens, meaning that no derogation is permitted. The only instance where the use of force is lawful per international law is the right to self-defence according to the provisions of the United Nations. In the past, numerous states have expressed that they exercise their right to self-defence to protect their interest or their nationals living abroad. For instance, Turkey used as an excuse the Turks living in Cyprus in order to intervene and occupied Northern Cyprus, creating a puppet state. Russia did the same in relation to Ukraine, as President Putin declared right before the invasion that its goal is to liberate his compatriots from the fascist regime of Ukraine. This interpretation of self-defence is way too broad and as the International Court of Justice said in the well-known Nicaragua vs USA case, the right to self-defence should be read narrowly, leaving aside the security interests that a state may have towards another country.

In addition, it is generally accepted that the lawfulness of self-defense depends on two factors: necessity and proportionality. This means that the goal is to repel the attack and not to pursue the attacker. The provisions of the UN Charter reject any basis for lawful preemptive self-defence, stipulating that firstly an armed attack must occur and secondly that the right of the defending state is allowed until the Security Council orders measures. We do realise that, the above provision doesn’t live up to the expectations of the international community. But then if we take into consideration the definition of self-defence in international customary law, we see that self-defence is only allowed in cases in which the ‘necessity of that self-defence is instant, overwhelming, and leaving no choice of means, and no moment for deliberation’.

As a result, there is no legal basis or legal justification that states can use in order to intervene in a third state or to annex a part of its territory. The definition of self-defence is very narrow and various “tricks” by states don’t reach that high threshold.

Editor’s Note: The picture of the Athenian Ship approaching Melos island was, naturally, intended for a different article. When a parallel, however, was brought up between Melos and Ukraine, I thought I could tweak the colours of the sea to make it look like the Ukrainian flag. It is an amusing coincidence that Melos is a volcanic island, meaning that the terrain and adjacent waters contain sulphur, which is of yellow colour.

What legal tools can Ukraine or the international community use in order to stop the Russian invasion?
Having discussed the violations of international law by Russia, it would be useful to analyse and briefly propose the legal action that can be done to deescalate the crisis and cease the Russian attack. First and foremost, a usual tactic against violations of international law by states is the use of sanctions. Sanctions are considered illegal in the framework of international law, but their illegality is diminished by being countermeasures to a previous unlawful act. This is what we call in the field of International Law “circumstances precluding wrongfulness” and they can vary from freezing of assets and banning of Russian products to ceasing of cooperation agreements. This tactic has already been used by the EU, USA and third states and as times come by, it seems that the sanctions will be even more severe.

Concerning the UN system, Ukraine has already started proceedings against Russia before the International court of Justice demanding interim measures that are ranging from ceasefire between the dispute parties to putting an end to invasion. Besides that action can be taken also in the framework of the International Criminal Court. Already 39 member states have referred the situation to the ICC, in order for the prosecutor to commence an investigation on the gravest crimes against humanity that have taken place in Ukraine. This can lead to the prosecution of the highest army officials of the Russian army which can tackle its combat abilities. Last but not least, we have to mention the role of the Security Council. Unfortunately, due to the veto system which Russia as a permanent member uses, the SC is paralyzed and cannot vote for a resolution which will have effect on the conflict or order measures. The General Assembly can partially overcome this obstacle and adopt a resolution by majority. This practice has already been tested with the “Resolution for Peace” during the Korean War where the USSR again took advantage of the veto system, but the General Assembly was able to adopt a resolution.

All animals are equal. But not in strength.
With the notion of a state’s legal personality comes legal equality. While the composition of the Security Council reflects the order created by the victors of the Second World War, International Law tries to act as an equalizer and in the case of the General Assembly of UN by giving each state one vote. The main weakness of International Law constitutes the core of realism and its subsequent evolutions. Regardless of any assembly, council or court decision, there is no central authority that can enforce the decision or resolution, because the International System is inherently anarchic. As a direct consequence, states can only rely on the principle of self-help, especially when their threat perception affects alliances. Today’s friends may be tomorrow’s foes. Thus, by regional standards, the European Union is a much more stable alliance; liberal internationalism is much better at explaining the relations between Spain, Italy, BENELUX countries etc. Countries of Russia’s Post-Soviet space, on the other hand face intense frictions, games of natural gas blackmail and constant presence of Russian peacekeepers. This matters for two reasons: a) Russia has behaved and behaves shamelessly as the hegemon of its region, its Near Abroad b) It takes two to NATO. Russia may perceive the expansion of NATO eastwards as an existential threat, thus justifying its preventive warmongering. Nobody, however, forces the Post-Soviet Republics to join NATO. Just as Russia faces its existential threats so do these weaker states, experiencing wide, indiscriminate swings of the Russian stick.

Another core characteristic of Realism in International Relations is the extensive use of historic principles and examples. Parades, the instrumentalization of WW2 victories and tales of the days when Russia used to be a czarist and communist superpower revamp Russian national identity. Vladimir Putin has cultivated a new-old source of pride and fears. That is due to the fact that history, the component of time, sinks deep enough to highlight that geopolitics, the component of political space, hardly change. Due to its geography, Russia is highly vulnerable to invasions. The memory of International Law, on the flip side, is quite selective. While it takes state practice into consideration when generating international customs, it fails to acknowledge acts of force, such as an invasion, as legal. And that is despite invasions being a very common state practice, because the action of invasion is not accompanied by opinio juris (roughly speaking: sense of justice).

Sun Tzu for Law – Clausewitz for Power
Strategic Studies is frowned upon by International Law scholars. Many from both sides of the debate however, fail to see how strong the links between International Law, Grand Strategy and Legitimacy can be. If a state strictly abides by international norms, (e.g. the use of precision weapons as opposed to indiscriminate attacks that take the lives of civilians), it will less likely provoke the reaction of other states. Breaches and violations alarm the actors of the International System – something worse is expected by the perpetrator state. Thus, regardless of who thinks what of International Law in our anarchic world, it serves as the canary in the coal mine.

It is also the equivalent of the Peacock’s burden. In this manner, a state sacrifices a portion of its military effectiveness for the sake of more diplomatic flexibility, undeniably an aspect of Grand Strategy. That is also in-line with the balance that the Art of War of Sun Tzu aims to achieve. The Kremlin, on the other hand, prioritizes the annihilation of the enemy forces, a Clausewitzian element in its strategy. The bare-knuckled fight we are witnessing is an undesired outcome compared to a rapid Russian victory (and other wishful thinking). Perhaps the Kremlin was aiming for a Sun Tzu victory but locked itself in a Clausewitzian and self-sacrifitial reality. The situation speaks for itself: Power is always relevant and will always interact with and disrupt Law and Lawfulness, locking the parties in conflict.

2 thoughts on “The conflict between Law and Power in Ukraine”